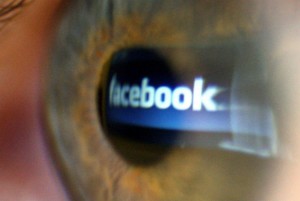 The pictures, taken by Samuel during the relationship, were taken down from Facebook within hours but were shared and ended up on pornographic websites.

Samuel, 45, of Morton Street, was given a six-month suspended jail sentence at Bristol Magistrates’ Court yesterday after admitting sending a communication conveying indecent images. The court heard the pictures were first uploaded to Facebook after the couple argued following their split in March this year.

Samuel claimed he took the steps after his partner circulated “unsavoury” details about him on Facebook. Before creating the profile he sent her a number of text messages. One said: “I see you like telling everyone our business. You won’t mind if I share a few photos with your friends.” Another said: “As we are sharing info with everyone, I will share your favourite photos.”

Samuel sent 15 to 20 friend requests from the spoof account to various people she knew.

One friend said she accepted the request and saw a number of “extremely explicit” pictures of the woman performing a sex act and other photos of a similar nature. She said the pictures were “jaw-dropping”. Facebook was made aware of the account and the profile was taken down within two hours.

But the court heard that the pictures had remained online and, after putting her own name in a search engine, she found the pictures on pornographic websites, including one picture which had been viewed 48,000 times. The woman said the pictures had been taken on Samuel’s Samsung mobile phone when the two were together. She said: “They have caused me massive embarrassment and huge stress to me and my family.” She added that she was constantly in fear of seeing him again and was also consumed by the knowledge that many people in the community where she lives were aware of the pictures.

Bridget Sanger, defending Samuel, said the situation was “entirely regrettable” and the full consequences “were not foreseen”. She said that Samuel had uploaded the pictures “as a last resort” to stop abuse he was getting as a result of damaging comments put online by his ex-partner. The court heard that Samuel, who has done community work, youth work and charity work, lost his job when his employers found out about the case.

Presiding magistrate Robert Stacey said the offence crossed the custody threshold, meaning Samuel would be given a prison sentence. But the sentence was suspended, meaning that Samuel will not go to jail if he stays out of trouble for the next two years. He was also made subject to a restraining order prohibiting him from contacting his former partner. Samuel was ordered to undertake 180 hours of community work, pay court costs of £86 and pay a victim surcharge of £80.

Note to self: I am not afraid of my truth anymore and I will not omit pieces of me to make you comfortable