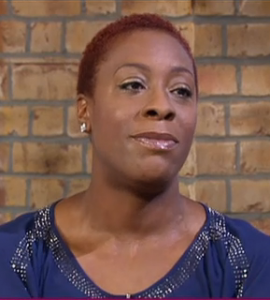 Firstly I would like to give my sincere apologies….! The media has its uses but unfortunately they can also take things out of context. I would like to personally apologise to any ‘victims of rape’ if I have offended you. The headline for the article in The Sun Newspaper should have read ‘cyber raped’ as this is how I feel. Cyber raped by people viewing photos of me that I did not consent to allowing them to view 48,0000 times.

“My life has been completely turned upside down. When Thomas and I took those photos, we were in love and planning on getting married. I sent him one picture and the others he took of me himself. They were for our eyes only and I trusted him to keep them between us. We were in a happy relationship and it never crossed my mind that Thomas would share the pictures publicly and use them against me.When I discovered he’d put them online and they’d been viewed by my family, friends and the people I worked with I felt sick to the stomach. I felt raped, numb and crushed. It was so violating.”

When we first got together I thought ‘wow’ and I told my kids: ‘he’s the one’. I was besotted. We seemed to have so much in common.

From the word go, Thomas and I discussed getting married. After all we are grown people and have had relationships before, we knew what we wanted from a partnership. It wasn’t long before we started discussions about rings, a venue and I started looking at dresses. Thomas told me he was planning on officially proposing to me last Christmas. It didn’t happen though and at the time he had his reasons.

Looking back on the last 6 months and the realisation of what he has done to me, makes me think I had a lucky escape. He soon went from caring and thoughtful to controlling, manipulative and jealous.

He would regularly get angry about the things I would say, the clothes I wore and me wanting to socialise with my friends and family. He liked his own company, as socialising was not his thing.  I understood this and accepted his views and opinions.

If he took issue with an outfit I was wearing he would call me derogatory names and once said ‘you look like a prostitute’. At the beginning of the year I think he had come to realise that he could not ‘control me’ and threw me and my 15 year old son out onto the streets, knowing full well that we had nowhere to go. The straw that broke the camels back – he called me a c**t , then a few days later said ‘he loved me and how he didn’t mean it, he was just venting’. It wasn’t fair to put my son or myself through this torture any more. I decided to leave him as I knew we both deserved better.

Now that we were living apart, we tried to reconcile the relationship, but me not being there every day was killing him. He hated not knowing where I was and what I was doing at all times, and element of his controlling ways. In March, this year I left him for good. A week after we broke up Thomas started sending me text messages warning me not to tell other people our business. He asked me why I had been talking about him; I told him I hadn’t.

I knew he was threatening to reveal our private pictures, but I just ignored him. I knew he didn’t drive and thought if he was walking and bumped into any of my friends they wouldn’t stop for him to show them indecent images. I didn’t even consider he might put them all over the internet. But a few hours later my phone started going off with messages and calls.

My friends and family were telling me they’d received a friend request from me on Facebook, although we were already friends on there. Assuming I was setting up a new profile, a few of them had accepted the request and seen the graphic photos Thomas had put online. I knew I needed to see it for myself.

My daughter used her phone to search my name and found two profiles – my real one and another which had the same profile picture of me.

She clicked on it and became hysterical. I couldn’t believe it. I was devastated and completely in shock. She said: ‘Mum, I don’t understand how you can be so calm.'”I told her: ‘If I’m not, I won’t be able to think straight.’

Although it was deeply distressing, I knew I had to remain level-headed, I knew that confronting Thomas wouldn’t help the situation. It’d probably only have made things worse, so the first thing I did was contact the police.

“My daughter clicked through each of the pictures on facebook and reported them individually for abuse. They were removed not long after but not by facebook.

The case against my ex went to court, I was so pleased that Avon and Somerset Police took my crime seriously. I commend them for being patient and showing empathy throughout my ordeal.

A few days after the court hearing, the Bristol Evening Post placed an article about the case, I received a call from the Director of HR at my work place who informed me that the photos were still on the internet.

I painstakingly went through each website and went to the police with what I had found. This time the police took screen shots.I was mortified that Thomas had gone so far. This time I couldn’t help but cry with disbelief and anger.

Although the sentence Thomas got does not reflect the seriousness of the crime, I feel that if I had done nothing he would have got nothing.

Other women will see his name, whether it’s weeks, months or years down the line and if they type it into Google they’ll be made aware of his past.

I would say to other victims: ‘Don’t sit and do nothing, go to the police.’