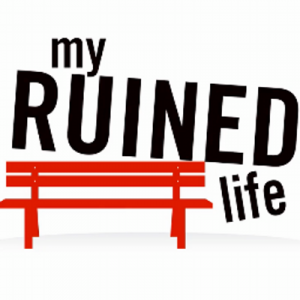 My story begins in 2011, when I decided to open a business and my sister’s partner had agreed to look after me initially as an accountant for the business. For a variety of reasons, the business didn’t really take off. In December 2011, my brother in law came round as usual during Christmas and began making fun of my weight, mentioning I should lose weight and that I looked a mess. There was also something very odd about his behaviour, he was staring at me in such a strange sarcastic way. At this time I didn’t pay much notice. However around March 2012, I noticed my family were withdrawn, very anxious and not including me in their conversations. I felt surprised by the sudden change in their behaviour. I felt suspicious, but also concerned.

Then the reality hit me; someone had distributed something about me. My memory flashed back to the day I had met this women. I didn’t realise, could it really be?

I started to think to myself, could it be that sexually explicit media has been publicly shared online without my consent of it being shared. Then the shocking scenario unfolded.

I spoke to my mother, it became clear, that indeed I was betrayed,  I was taped, then the shock was too much to take. I soon learnt that my sister’s partner had shared this with almost everyone in the community, where my family go for religious prayers as part of their worship.

Then the feeling of shock; Why would someone do this to me? I had spoken to my sister’s partner, and he denied everything. However from my research I understood he not only set out to hurt me, but to also hope this would drive me away from my family.

How could someone hate me so much?

“Oh so, what are you going to do about it”

However this has placed me in absolute hell, from sleepless nights, to being completely humiliated and feeling very low to feeling very depressed. I think to myself, will I ever recover from this, as this has left me completely scared and vulnerable?

I now believe that victims need to know that it’s not their fault and that they should seek whatever help is out there. When I contacted Folami Prehaye via VOIC, she immediately brought my confidence back. Folami listened and understood as he has also been a victim. The advice she gave meant a lot

I no longer felt alone. Folami was able to reassure me to have the courage and the strength to speak out. Sharing my story has given me the first steps to regaining confidence.

People will never truly understand something until it happens to them